ETNOLATINO is proud to present a wide collection of original, handmade  Guatemalan and Mexican Huipils 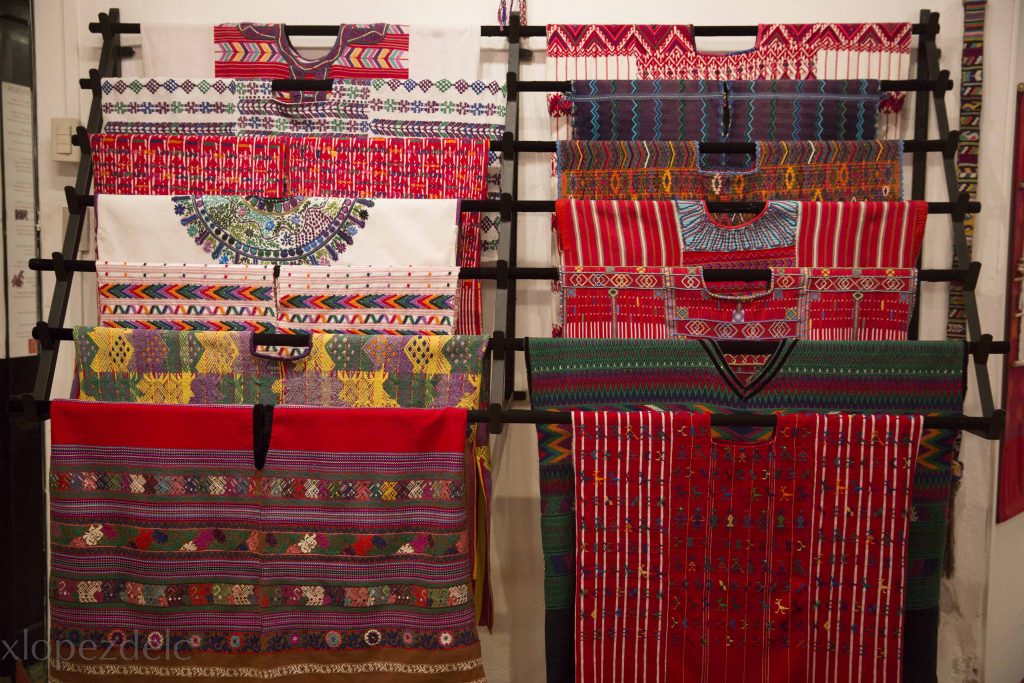 The huipil [ˈwipil] (from the Nahuatl word huīpīlli ) is the most common traditional garment worn by indigenous women from central Mexico to Central America.

It is a loose-fitting tunic, generally made from two or three rectangular pieces of fabric which are then joined together with stitching, ribbons or fabric strips, with an opening for the head and, if the sides are sewn, openings for the arms. Traditional huipils, especially ceremonial ones, are usually made with fabric hand woven on a backstrap loom and are heavily decorated with designs woven into the fabric, embroidery, ribbons, lace and more. However, some huipils are also made from commercial fabric.

Lengths of the huipil can vary from a short blouse-like garment or long enough to reach the floor. The style of traditional huipils generally indicates the ethnicity and community of the wearer as each have their own methods of creating the fabric and decorations. Some huipils have intricate and meaningful designs. Ceremonial huipils are the most elaborate and are reserved for weddings, burials, women of high rank and even to dress the statues of saints.

History and meaning of Huipils

The huipil has been worn by indigenous women of the Mesoamerican region (central Mexico into Central America) of both high and low social rank since well before the arrival of the Spanish to the Americas. It remains the most common female indigenous garment still in use.

To this day, the most traditional huipils are made with hand woven cloth on a back strap loom. The huipil endures in many indigenous communities, if not as an everyday garment, as one for ceremonies or special occasions. When a woman puts on a huipil, especially a ceremonial or very traditional one, it is a kind of ritual. She becomes the center of a symbolic world as her head passes through the neck opening. With her arms, she forms a cross and is surrounded by myth as between heaven and the underworld. The east is represented on the right shoulder and the west on the left. The south is represented on the chest and the north on the back. Upon dressing, the woman becomes the center of the universe.

Most of the hand woven fabric have designs woven into them, especially cloth destined for ceremonial huipils. The decorative elements can signify history, cultural identity, something personal about the wearer and more.Since most indigenous come from agricultural societies, clothing designs generally relate to the natural Word.The most complicated designs are generally known only to a few older master weavers.In addition to designs embedded into the fabric, other decorative elements can include embroidery, ribbon, feathers, lace and more.

Wearing a Huipil  Most classic huipils are wider than they are long. Huipils can be as short as waist length or can reach to the ankles or anywhere in between, but most fall just above or just below the knee. Long or short, it is not designed to be a close-fitting garment. The neckline can be round, oval, square or a simple slit. Most are sewn on the sides, leaving an opening in the upper part for the arms to pass through. Some huipils are not sewn on the sides, especially the very short ones. The most traditional are made from hand woven fabric made on a backstrap loom.  The pieces to be used to make the huipil are woven to size and are never cut. Despite its simplicity, the backstrap loom permits more types of techniques and designs to be woven into the cloth than other types of looms.

Except for very long huipils, they are generally worn with other items of clothing such as a skirt or slip. Most huipils hang loose but some can be tied at the waist or can be tucked into a skirt like a blouse. ]Women commonly have an everyday huipil and those worn only on special occasions such as weddings. ]Decorative elements are often arranged in horizontal bands but those with vertical orientation are found as well. In a number of indigenous communities, extravagant huipils made for a woman’s wedding are then carefully put away and stored to be used later for her funeral. In others, a special huipil is begun when a woman reaches a certain age for this purpose.

The blouse huipil has a length of only about 60 cm and shows modern, European and even Asian influence and is generally worn with a European style skirt which is also heavily decorated.